The names of the first buildings at Oceansgate were unveiled at last week’s topping-out ceremony. The office building, called Endeavour House, and two terraces of light industrial business units, known collectively as Endurance Court, are designed to be flexible for industrial as well as office use, but also reflect the historic nature of South Yard and the street pattern of the surrounding area.

Endeavour House is named after Cook’s ship which left Plymouth 26 August 1768 and discovered Australia. In 1770 Endeavour became the first ship to reach the east coast of Australia. When Endeavour set sail from north Australia she narrowly avoided disaster. After running aground on the Great Barrier Reef with Cook having to throw all guns overboard to lighten the load.

Endurance Court is named after Shackleton’s ship that finally set sail from Plymouth to explore Antarctica on 8 August 1914, it turned out to be her final voyage. It was on the morning of 21 November 1915, the crew had to abandon Endurance as she began to sink, stuck in the thick ice with the crew stuck on the ice sheets for several weeks, Shackleton eventually left his crew on a life boat and returned for his crew three months later with all crew surviving. 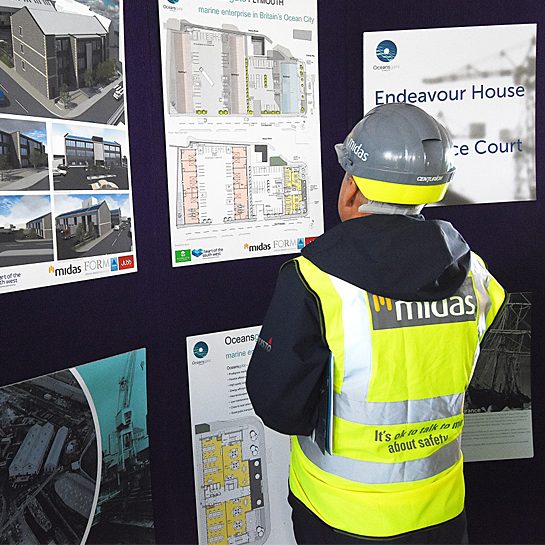